Battle of the Viaduct

The "Great Upheaval" of 1877, which began in Baltimore, Maryland, and Martinsburg, West Virginia, as a railroad strike against wage cuts during a severe economic depression, quickly spread west and to other industries. On July 23, workers at the yards of Michigan Central Railroad (Randolph and Michigan Ave) walked off the job, beginning a virtual general strike. Streetcars, ships, and factories were quiet on July 24. Tensions peaked in Chicago on July 25 and 26, when German Furniture Workers clashed with police at Turner Hall near Halsted and Roosevelt Road (see accompanying illustration). Through the rest of that afternoon and night, workers from the surrounding area battled police officers, federal troops, and state militia. Workers and police officers squared off at the 16th Street Viaduct. The less-than-sympathetic New York Times described the scene: By 10:30 in the morning, the New York Times reported, "there were not less than 10,000 men present. The undecided peacefulness of the horde had vanished. Their numbers seemed to inspire them with the valor of savages. They were bent on violence and hesitated at nothing. The north approach of the Halsted Street Viaduct" -- the point from which the accompanying picture was taken -- "and the structure itself was blocked with a mass of rioters." The Times described charges and counter-charges with rocks flying from the workers' side and police swinging clubs and firing rifles. By the end of the next day, at least 30 workers were dead and 100 wounded; no police officers or soldiers died, but at least 13 were seriously wounded. Employers responded to the strikes, which President Hayes called "an insurrection," by working with local police forces to maintain "law and order." The 1877 Upheaval marked a key turning point in American history. As historian Richard Schneirov has argued, after 1877 "the labor question replaced the slave question, class conflict threatened to overshadow sectional conflict, and urban-industrial issues rivaled rural-agrarian issues. Americans had to rethink their very identity." See Richard Schneirov, Labor and Urban Politics: Class Conflict and the Origins of Modern Liberalism in Chicago, 1864-97 (University of Illinois Press, 1998), pp. 69-70. 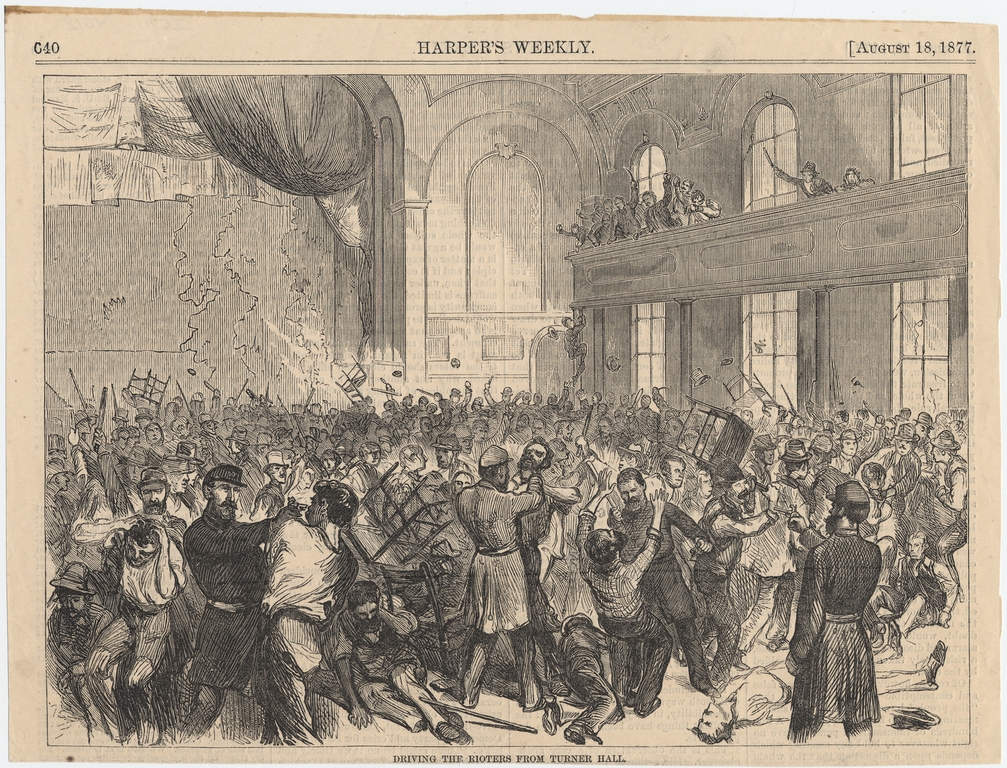 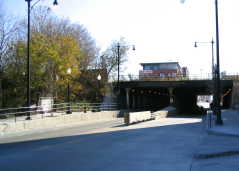