Access is by water only; we will deliver your rental kayak to Lamoine Beach the paddle is 1 1/2 miles to the Oven's.

Ancient Native Indians believed the "Devil's Ovens" were the entrance to Hell. Many people were taken there; staked down at low tide and left to " burn in hell for eternity".

This practice took place for thousands of years; Esek Winslow; a Indian Tracker was a survivor; the Indians capture him and took Esek from their inland settlement to the Devil's Oven; staked him down during low tide.

After a long agonizing wait the tide began to come in. His head began to hit rocks. He realized the stake had come loose.

The water loosened the ropes around his wrists and set him free.
Esek Winslow survived his close encounter with the Devil's Oven; the Indians left him alone for the rest of his time in this world. If the fires of Hell did not consume this man; the Indians wanted nothing to do with him. 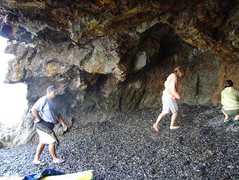 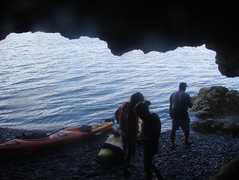 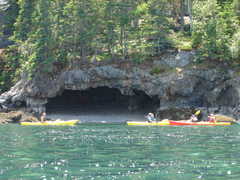 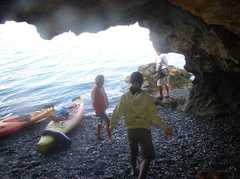