Forks of the Road

The Natchez area of the Mississippi River, since the 1600s, has been the home to the Natchez Indians, the French, the British, and then the Spanish. In 1798 Mississippi became a U.S. Territory and in 1816 it became a state. Throughout this period Natchez was a center of commerce. Its fortune tied to fur and goods being brought down the Mississippi from Kentucky and Tennessee for trade and transport to New Orleans and beyond. Later it thrived on the cotton and slave trade. 2017 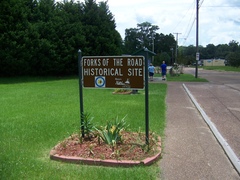 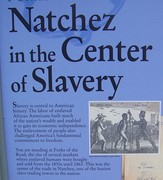