This 1907 photograph (Chicago History Museum, ICHi - 28783) shows Chicago police officers commemorating the twenty-second anniversary of the Haymarket Incident. The "veterans of Haymarket" are standing around a statue originally erected in 1889 with funds from the Union League Club to memorialize the officers who died on, or soon after, the May 4, 1886, incident. On May 4, 1927, a streetcar jumped its tracks (perhaps intentionally) and crashed into the monument. This original statue survived until it was blown up in October 1969, reportedly by activists from the Weather Underground. The city replaced the statue, but it was destroyed again one year later. For two years, Chicago police officers guarded the statue twenty-four hours a day, but finally the city placed it inside the courtyard of the police-training academy. 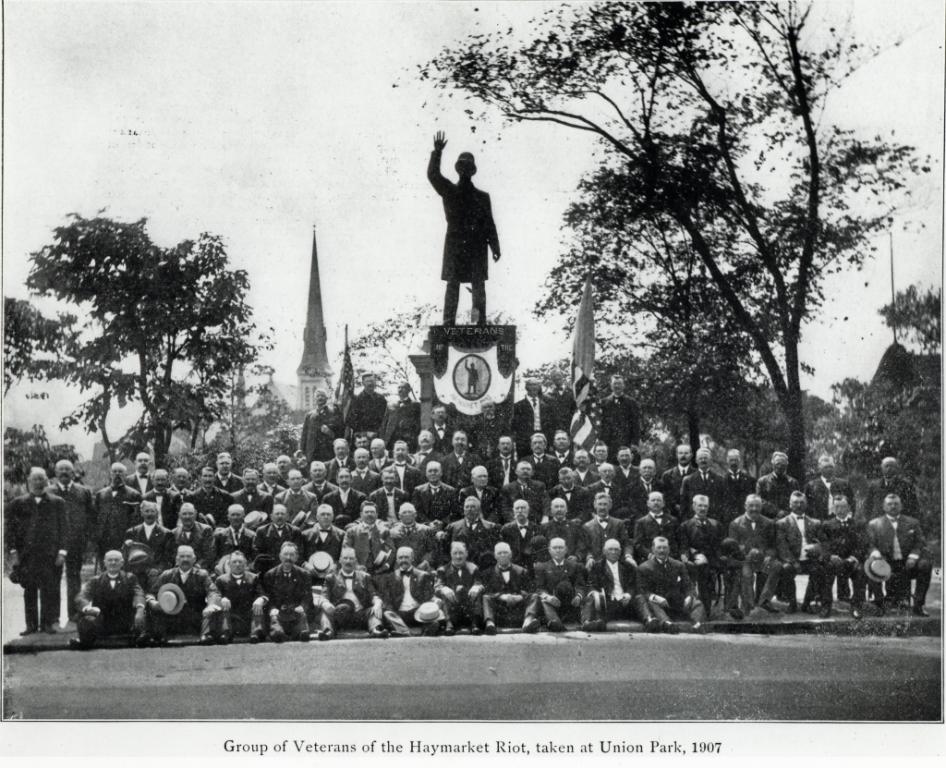