An example of Gothic Architecture the Houses of Parliament were constructed between 1840 and 1888. The panorama is taken outside the main tower near Westminster Bridge and the River Thames. The tower stands 320 foot tall and is named after the largest bell, 'Big Ben' which weighs over 13 tons, and was cast in 1858 at the Whitechapel Bell Foundry in East London. 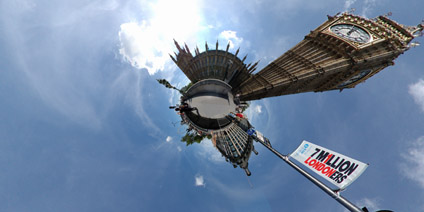