When Millennium Park was finally completed in July of 2004, there was a lot of criticism. A few things had gone wrong throughout the process. The opening day of the park was originally thought to be four years earlier and then it exceeded the $150 budget making the final cost about $500 million. Another concern was that the money spent could have been used for something that was much more worthy. 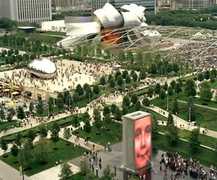