**April 2007, September 2008**
Trails: The former ski slope is still wide open and maintained as a sledding hill today, which suits it better anyway. Vertical can't have been more than 100'!
Lifts: The T-bar that used to serve this slope was removed sometime in the early 2000's, and only the concrete pad that the summit bullwheel used to sit on remains.
Facilities: A boarded up concession stand and first aid room sit in the woods near the base. Unsure if they're still used for the sledding hill today. A nice large and modern visitor center building is located opposite "Lac aux Castors."
Accessibility: Located in the Mont Royal area of Montreal, the former ski slope is still used today as a recreational area for all to enjoy. 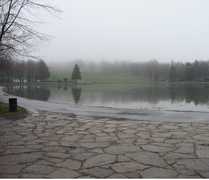 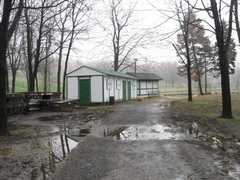 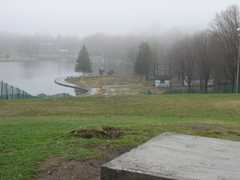 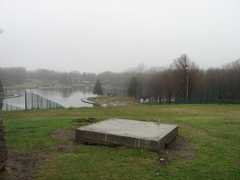 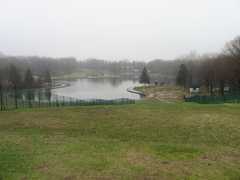