Workers on the Titanic
Of the 1514 people lost at sea in the sinking of the Titanic, 696 were members of the crew. The worst hit members of the crew were subcontractors who worked in the restaurant: of 69 people, only 3 survived. Several Titanic sur-vivors indicated that the restaurant employees were locked up in their quarters by the stewards to prevent them from rushing the lifeboats. It has never been confirmed whether this was true or not.
- Fhar Miess 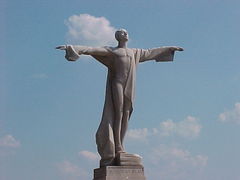