Back of the Yards Neighborhood Tour

During the century between the Civil War and the 1960s, the Union Stock Yards (1864) was one of the most important employers in the city, with over 40,000 workers at their peak. The larger Stock Yard district includes the neighborhoods of Bridgeport, Canaryville, and McKinley Park. The working class neighborhood just to the west and south of the yards attracted German, Irish, Lithuanian, Polish, African-American, and Mexican immigrants. In 1906, Upton Sinclair published The Jungle, his famous muckraking novel, about this area. From 1919 to 1921, the Stockyards Labor Council (SLC) led a series of strikes for the right to unionize. Although these strikes failed, during the Depression the CIO's Packinghouse Workers Organizing Committee largely succeeded. The area was also a center of Progressive Era reform, exemplified by Mary McDowell and the University of Chicago Settlement House. In addition, Saul Alinsky's Back of the Yards Neighborhood Council was a forerunner to later community organizing efforts throughout the U.S.

Important Sites in the Back of the Yards include: 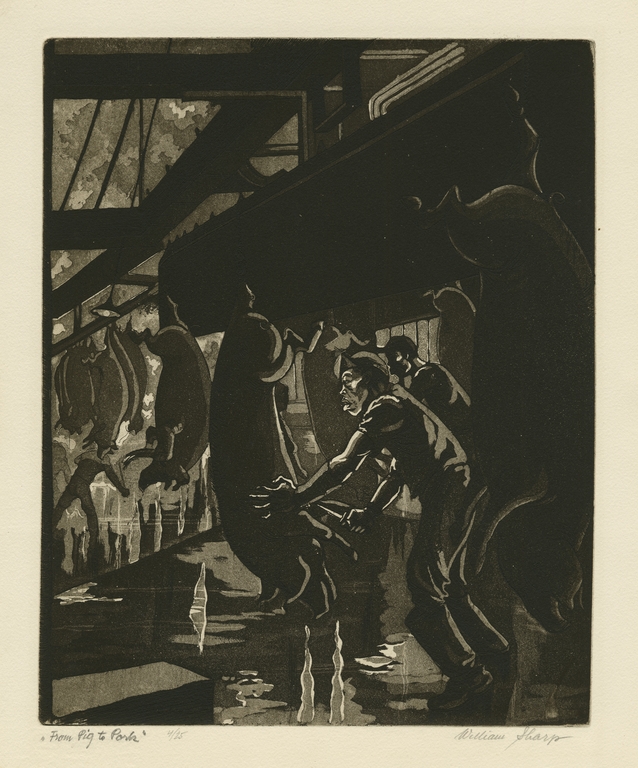