Video of Historian Eric Arnesen on the History of the BSCP
Between the early 1920s and the mid-1930s, the Brotherhood of Sleeping Car Porters fought to establish a union for the Pullman Company's famed black Pullman Porters. After a ten-year fight, in 1935 the BSCP, led by A. Philip Randolph, won a representation election to become the official bargaining representative for the porters, and two years later the union won its first contract. In addition to its importance as a black-led union, the BSCP was also at the center of a broader labor civil rights movement during the 1930s and 1940s in black Chicago. The accompanying photograph shows the first national convention of the Women's Economic Council Auxiliary to the BSCP, September 24-27, 1938. See also, the A Philip Randolph Pullman Porters Museum 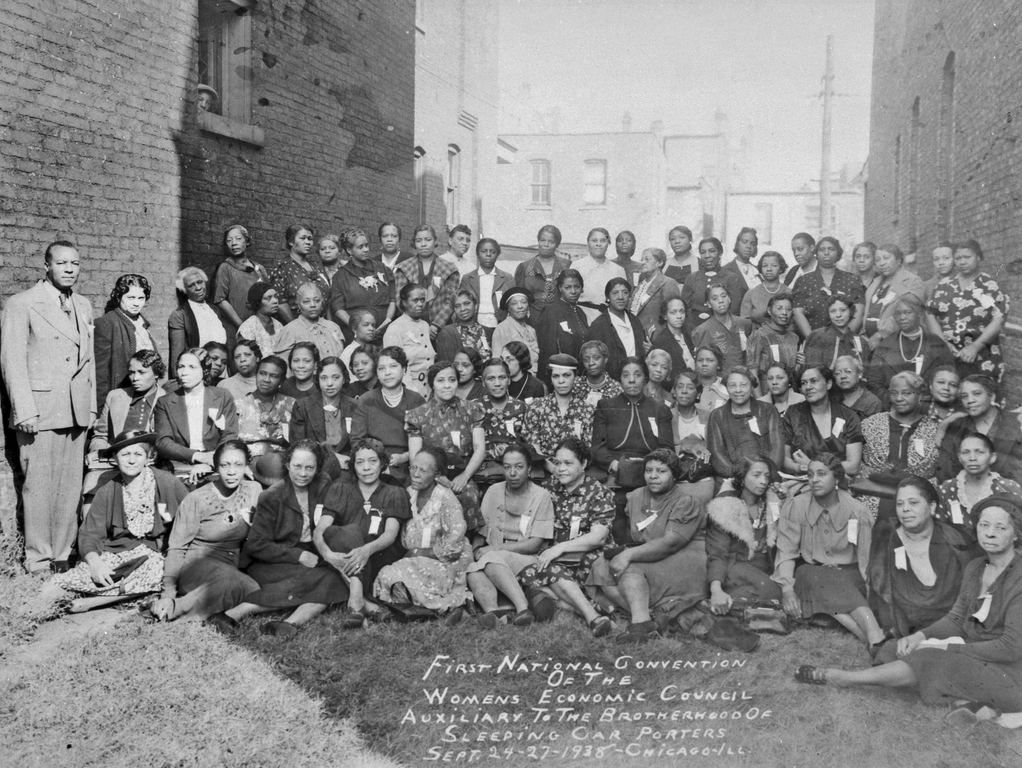