In 1911, Chicago broke ground for a channel to connect the Calumet River to the Sanitary Drainage and Ship Canal just north of Lockport. The Cal-Sag Channel's western end passes just south of the "Saganashkee Slough" between 104th Avenue and Archer Avenue at the border of Cook and DuPage Counties. The accompanying photograph shows workers at the start of the canal in 1912, just west of Halsted Street and West 130th Street. The surrounding communities had begun as farm towns, but grew along with the nearby industry's increased access to railroads and the Calumet Harbor. The Cal-Sag Channel opened in 1922, and reversed the flow of the Calumet River. Initially designed as a sewage canal, the Cal-Sag Channel soon carried heavy commercial traffic. During the 1930s, the Cal-Sag Channel grew in importance, as Lake Calumet Harbor became the city's busiest port. In the 1950s, the channel was amended again to meet the growing needs of the recently completed St. Lawrence Seaway. For a history of Chicago's canal system, see: Chicago Public Library, "Down the Drain: The Big Ditch," http://www.chipublib.org/digital/sewers/history4.html. The Metropolitan Water Reclamation District of Greater Chicago's website includes a map of the Cal-Sag Channel's course: http://www.mwrd.org/water/canal.htm 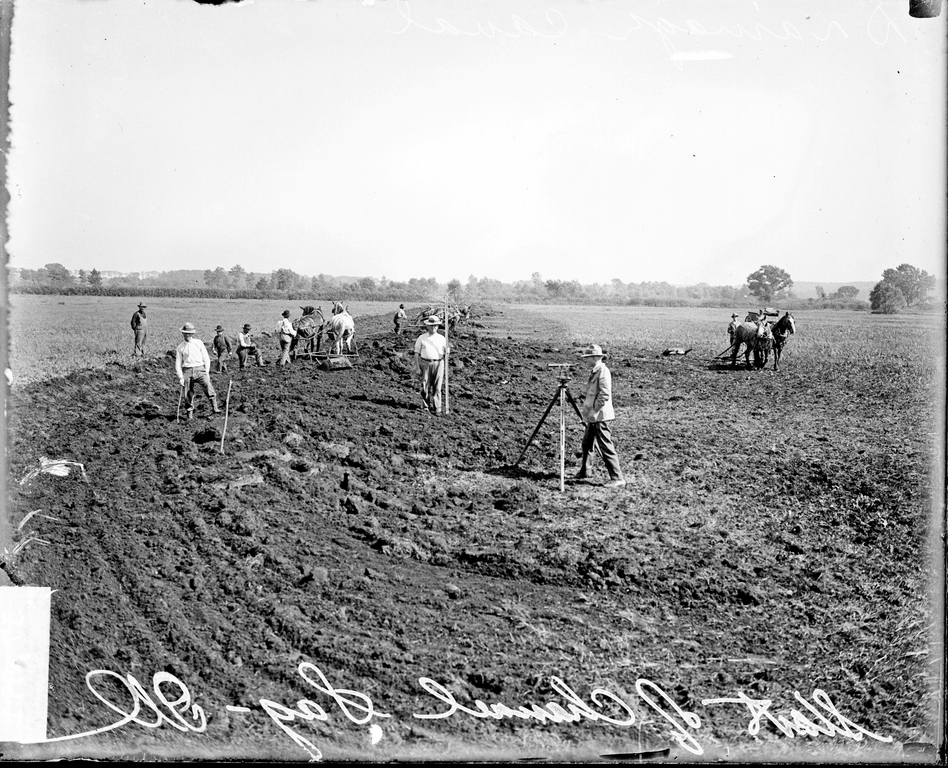