Worshipping the Empress Registrar of Birth or Dou Mu (斗母) and Nine Emperor (九皇大帝) deities, the temple has both Taoist and Buddhist influences.

The temple was built in 1921 by Ong Choo Wee. According to newspaper reports, the first person to worship Jiuhuangye in Singapore was Ong Choo Kee. Ong brought a talisman of Jiuhuangye from Penang to Singapore. Ong Chwee Tow, a wealthy Chinese merchant, donated a plot of land around the five and a half milestone along Upper Serangoon Road to build a temple. This temple is now the oldest Nine Emperor Gods temple in Singapore, and is known as the Hougang Tou Mu Temple, located at 779A Upper Serangoon Road. A stone inscription at the temple indicates that the deities were invited from Penang in 1902, and the temple was completed in 1921.

It caters to the Teochew community, and was one of two remaining temples in Singapore with a permanent wayang (Chinese opera) stage until 1998.

The temple was gazetted as a national monument on 14 January 2005.

The temple has a symmetrical floor plan with a central air-well. Behind the main hall is a two-storey pagoda. Single-storey quarters for the keepers of the temple are located at the rear of the temple.

The roof of the temple is decorated with dancing dragons. There is also a ridge decoration in the main temple hall. The centre of the ridge has a blazing pearl. Dragons and dragon fish are used to terminate the ridges. Hips are terminated by spirals. The roof trusses are typically Chinese, decorated with carvings and simple brackets. The main doors are painted with pictures of the Door Gods. Its colour scheme of light blue and brown is rather subdued when compared to other temples. 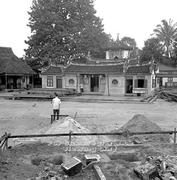 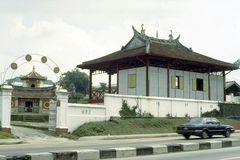 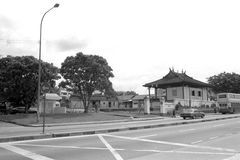 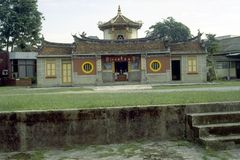 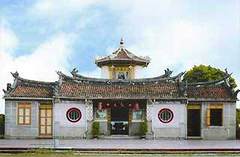 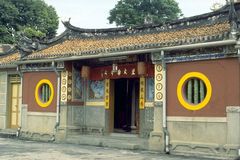 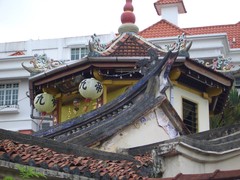 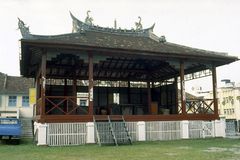 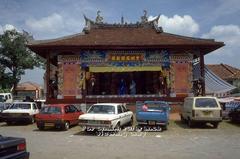 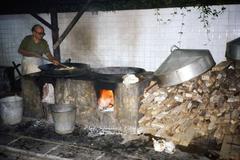 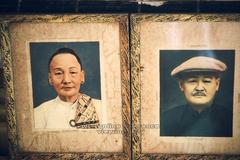 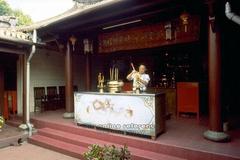 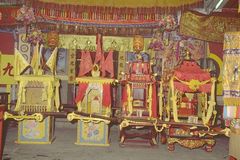 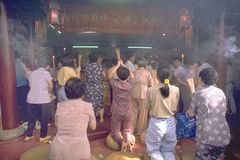 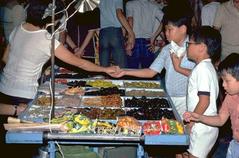