In the 1920s, Foote Bros. was located at 213 N. Curtis Street, but by World War II the factory had moved to the burgeoning industrial corridor in the Brighton Park community area at 5225 South Western Boulevard. This photo of Captain Foss, United States Marine Core Reserves, visiting the Foote Bros. plant evokes the industrial expansion in Chicago during World War II. Although Chicago's industries had a relatively late start in war production, by 1942 scores of plants converted from production for the consumer market to war production. Foote Bros. produced gears for Pratt and Whitney engines used in military planes and in blimps that flew over U.S. Naval convoys, alerting them to approaching submarines and other enemy craft. The skilled work at Foote Bros. was largely the domain of white workers. Also shown here were some of the women who famously entered industrial work at greater rates than ever before the war. In the 1940s, workers at Foote Bros belonged to the radical United Electrical Workers (UE) union. Between 1945 and 1949, the workers split over membership in UE; the Chicago Tribune reported on "revolt against Communist leadership" in the union. In May 1950, after UE's leadership refused to sign anti-Communist affidavits and the CIO expelled the union, Foote Bros. employees voted 444 to 165 to end their affiliation with UE, joining the CIO's International Union of Electrical, Radio, and Machine Workers. 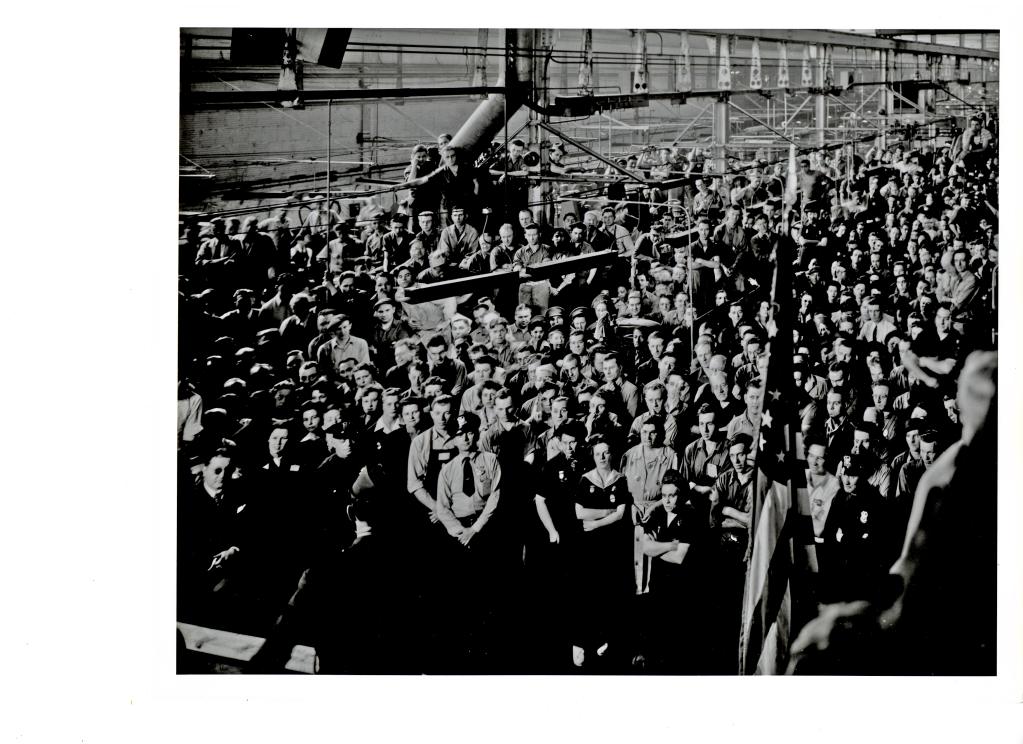