In the late 1800s, the development of interurban railroads allowed working-class Chicagoans in the crowded neighborhoods to travel out to the city's edges for recreation. A number of picnic grounds developed for a diverse public. In 1879, a group of Prussian War veterans bought this twenty-two acre site, dubbed it Sharpshooters Park, and used the land for a rifle range and picnic grove. In 1904, a beer garden opened in the newly renamed Riverview Park, and in the succeeding years the park became one of the most popular recreation attractions in the city, boasting performance spaces, rides, and concessions. The park closed in 1967, and was replaced by an industrial park and the campus of DeVry Institute of Technology. In the accompanying photo (Chicago History Museum, ICHi-16820), we see an aerial view of a 1925 outing for the employees of Chicago's massive Crane Manufacturing Company. According to historian Ann Durkin Keating, Riverview sponsored "special days for religious, ethnic, and work groups, which continued to encourage a segregated use of this semipublic space." See: Keating, Chicagoland (Chicago: The University of Chicago Press, 2005). 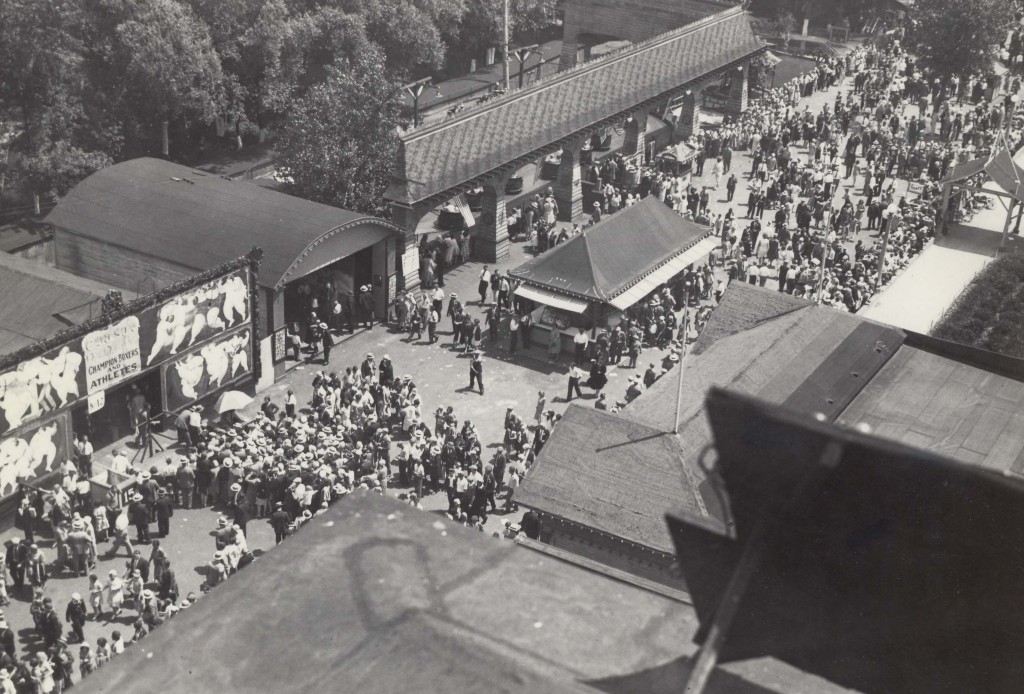