Constructed in 1915, this building was home to the "Fighting Eighth," an all-black army regiment. The Eighth Infantry, 370th U.S. National Guard, Illinois, was mustered in 1898, and served under African American officers during both the Spanish-American War and World War I. Prior to the construction of this building, the regiment was housed in a barn at Thirty-seventh Street and Michigan Avenue. The Fighting Eighth became a key point of pride in black Chicago, and important evidence that black Chicagoans had paid the price for equal citizenship. This was the first armory in the United States built for a black military regiment. The armory also served as an important gathering place for black organizations. For example, in February 1936, the National Negro Congress â€“ including laborers, clergy, artists, and seeking an end to the Depression and racial discrimination â€“ convened here, attracting over 8,000 visitors. The NNC helped forge a new working-class oriented leadership and black labor militancy to liberate African Americans. The accompanying photograph shows the approximately 3,000 members of the regiment gathered in front of the armory before they shipped to France in 1915. 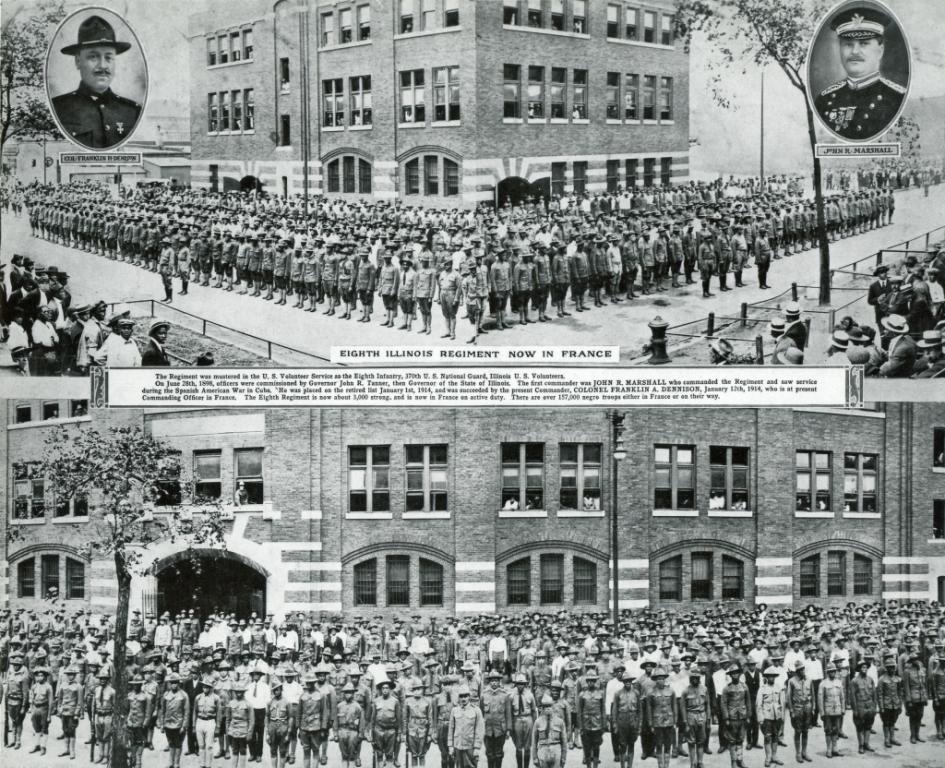 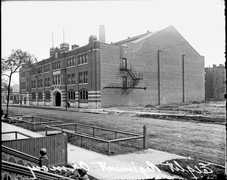