On December 6th, 1989, 14 women were murdered at L’Ecole Polytechnique, University of Montreal. Located near an entrance to the University, A Nave for Fourteen Queens blends into the urban landscape and only gradually catches the eye. The piece itself forms what looks like an ordinary walkway.

The 14 women are named using steel forms that outline each woman’s name in negative space, in absence. Each detail of the piece is discovered gradually and its significance dawns slowly. Especially when one becomes aware of each woman’s varied birth year and identical death year, 1989, located in the ground, half buried in sand and gravel. 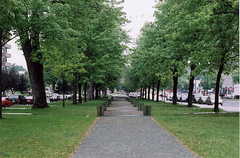 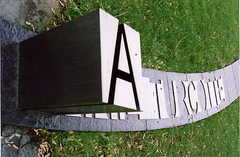 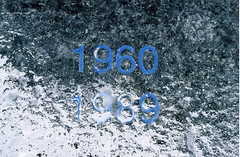