The tower was at the center of the Sears, Roebuck & Co., compound that was the largest employer in North Lawndale and Garfield Park from 1906 to the 1960s. At its peak, Sears headquarters and distribution center (shown in the accompanying photograph) in North Lawndale employed more than 35,000 people. When large numbers of African Americans settled in North Lawndale between the late 1940s and 1960s, Sears continued to employ a nearly all-white workforce. White workers commuted into the plant, while black workers in the area struggled to find jobs. Beginning in 1954, Sears was the largest supporter of the Greater Lawndale Conservation Commission [GLCC], a group of local residents and business leaders that sought to maintain the middle-class character of the neighborhood and to stem the tide of large-scale black migration. The leaders of the Association of Block Councils of Greater Lawndale such as Gloria Pughsley, Dorothy Sutton Branch, and L. C. Branch, grew frustrated with the limits Sears officials placed on the GLCC programs, and broke away from the GLCC to form the Lawndale People's Planning Action Committee (LPPAC). As LPPAC member Rose Marie Love put it, the LPPAC "wanted to do something the conservative portion of GLCC did not want to get involved in," to build housing and develop jobs for low-income residents. In 1974, Sears moved its offices back to the Loop, and in 1987, closed down the distribution facility. In the 1990s, on 54 acres of land formerly used by Sears Roebuck as parking lots, a mix of public and private funds created the Homan Square development, which offers rental and owner-occupied housing, a community center, and office space. 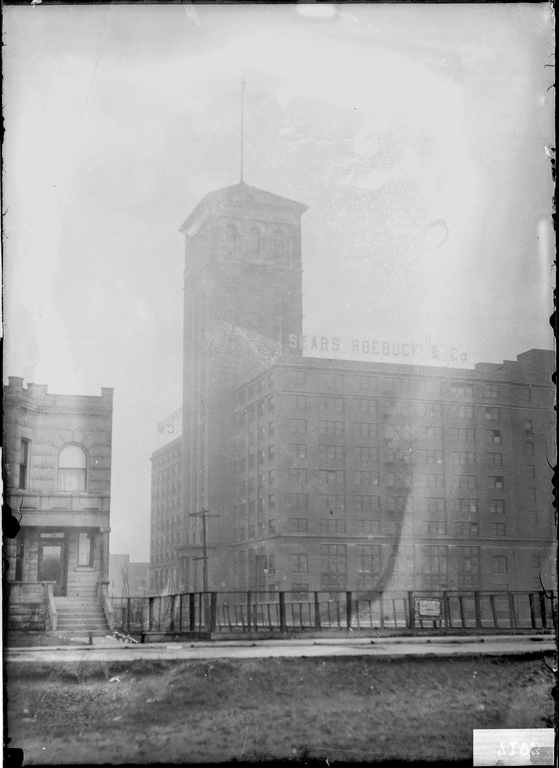