Book written by the Cultural Memory Group:
"Women are murdered by men every day, yet these acts of femicide barely make the news. Across Canada, there are over fifty memorials to women who have been murdered. Each one tells at least two stories: the terrible one of unremitting violence against women and the triumphant one of women claiming public space, naming the violence and insisting that society remember. This book is the first to record thirty of these, and in so doing names the women remembered and the circumstances of their deaths. The authors document the feminist community's response and the initiative taken to build memorials along with the official attempts to keep them out of public view. The memorials documented include those in Vancouver, Calgary, Edmonton, Winnipeg, The Pas, Toronto, Montreal, London, Ottawa and Moncton."
From www.sumachpress.com/remember.htm 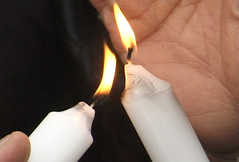