At the beginning of the 20th century, the Rev. C.T. Walker boldly demanded that America's black citizens have equal status with whites.

A stirring preacher who attracted America's presidents and business leaders such as John D. Rockefeller to hear his sermons, Walker inspired thousands to convert to Christianity. He also formed one of the prominent churches in Augusta while making efforts in both business and journalism. In the process, Charles Thomas Walker became one of the most recognized names in America a century ago. 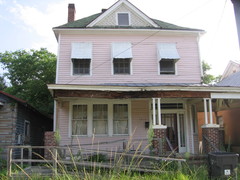