On April 4, 1968, Rev. Dr. Martin Luther King, Jr., was assassinated in Memphis, Tennessee. People around the world mourned over the weekend after hearing that the leader of the non-violent Civil Rights Movement had been shot. After anger had simmered in Chicago over the weekend, on Monday, April 6, violence broke out. Starting fires and smashing store windows, the rioters damaged seventy-five businesses and nearby apartments, with the most damage along Roosevelt Road, which had long been one of Chicago's most vibrant retail districts. Rumors that the riots had been coordinated by Black Panther activists swirled through the city, and an April 10 Chicago Tribune editorial claimed that "Black Power groups" fueled the violence through a "Conspiracy to Riot." No evidence of such a planned riot ever surfaced. During the summer of 1968, Mayor Richard J. Daley appointed the Chicago Riot Study Committee, led by judges, business leaders, lawyers, and politicians, and staffed by volunteers from dozens of local law offices. The Committee interviewed hundreds of North Lawndale's black residents and white business owners, as well as police officers, fire fighters, and local activists, but found no evidence of a conspiracy. The final Riot Study concluded, "Some of the rioters may have discussed specific acts of violence, but for the majority of blacks the riot was a spontaneous overflow of pent-up aggressions." ("Report of the Chicago Riot Study Committee," p. 72). The Committee found that most of the first rioters were high school students taking their frustration out on local white business owners. Once in progress, witnesses suggested that the riots took on a momentum of their own and a number of adults joined the teenage rioters in smashing store windows, taking consumer products, and setting fire to the shops. Whoever the rioters were, it is clear that they targeted white-owned businesses, especially those with owners who were known to sell inferior merchandise at high prices, or who engaged in predatory credit practices. The Committee also found no evidence that anyone intentionally set fire to a black-owned business or residence. See: "Report of the Chicago Riot Study Committee to the Hon. Richard J. Daley," (Chicago: August 1, 1968). Ultimately, the riots' long-term effects were the most damaging; they increased the pace of the area's ongoing deindustrialization, public and private disinvestment, while causing the flight of most local black residents who could afford to leave the area. As a result, North Lawndale's population declined from 124,937 in 1960, to 47,296 in 1990, and 41,786 in 2000. Nonetheless, a core of people who either could not afford to leave the community, or who were committed to North Lawndale remained. Many local residents have continued to fight to improve the housing, and bring public and private services to the area. 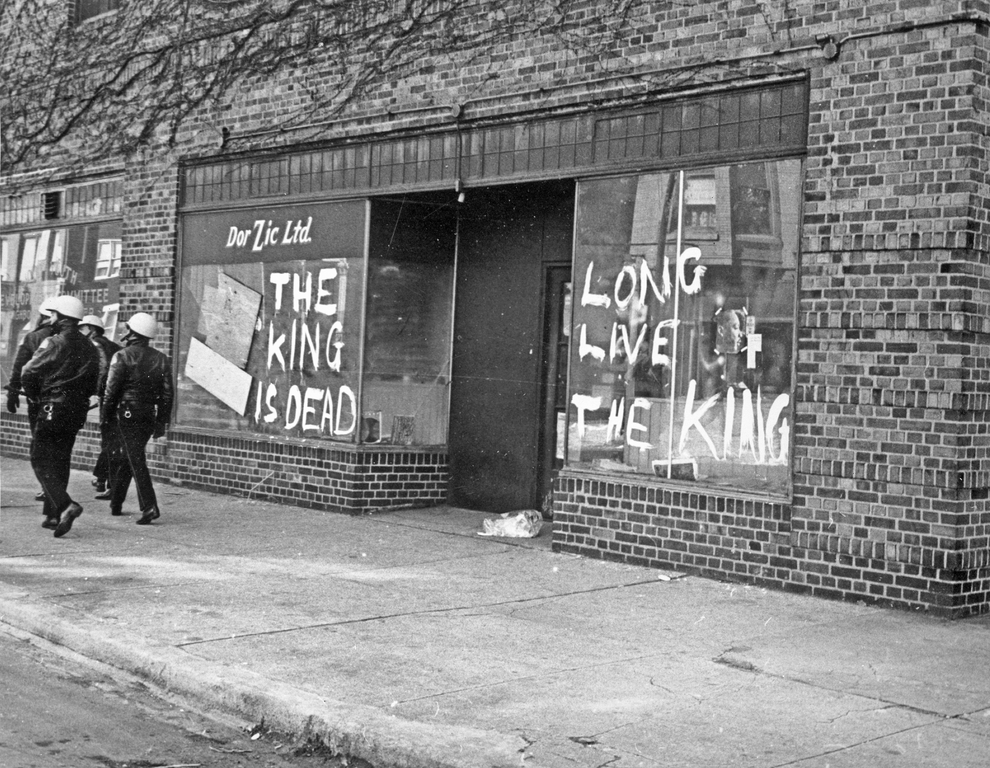