St. Aidan’s, Brookline’s third Catholic parish, was built in 1911 to accommodate the growing Catholic population of North Brookline and Allston, many of whom had previously worshipped at St. Mary’s in Brookline Village.

It was the church of Joseph and Rose Kennedy and their family when they lived in Brookline from 1914 to 1927. John and Robert Kennedy and four of their sisters were baptized here, and John and his older brother Joe both served as altar boys.

St. Aidan’s was closed in 1999 when the Catholic Church, faced with a shrinking local Catholic population, consolidated four Brookline parishes into two. The church is being renovated into mixed-income housing while preserving the church facade. 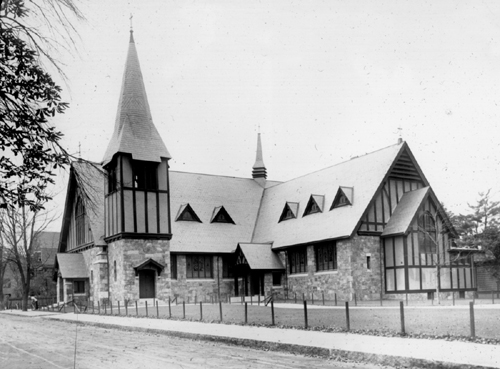