The Sunset Cafe was an important Chicago jazz club, hosting legendary musicians such as Louis Armstrong and Earl "Fatha" Hines during the 1920s. In 1937, the club was renamed the Grand Terrace Cafe. Later, it became the 2nd Ward Democratic Headquarters for Bill Dawson's notorious Democratic submachine. The accompanying photograph shows the club in its incarnation as the Plantation Cafe, which Al Capone allegedly opened in 1924 as a speakeasy (an illegal nightclub that served alcohol during Prohibition). (Chicago History Museum, ICHi - 14428) 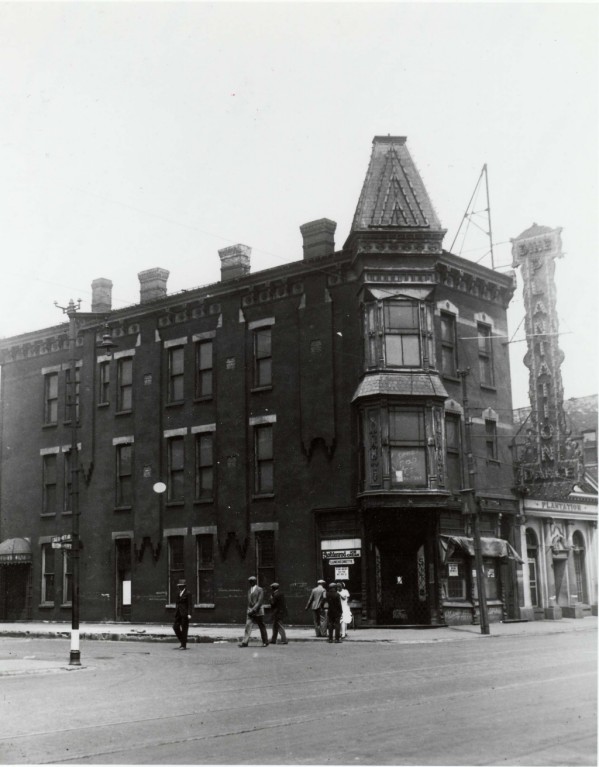