Take Back the Highway

"The goal of the march is to raise awareness about violence against women, especially Aboriginal women, and to honour the memory of the women and girls who have been murdered or gone missing along Highway 16 between Prince George and Prince Rupert. The stretch of highway has become known as the Highway of Tears, and reports suggest up to 30 women and girls have gone missing or been murdered along it since 1974."
(Quote from an article by Anne Blanchard) 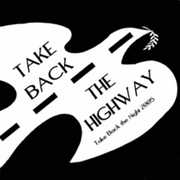 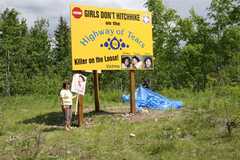