This substantial Greek Revival house was built as a Hotel by George Harris for Joseph Weeks. It has a square-columned Doric portico and recessed gable pediment with heavy cornice.

The structure became Dole's Tavern at an early date. After 1890 it became known as the Hotel Lucerne or Lucerne Inn. In more recent years this distinctive building has served as:
• Canaan Street Lodge in the 1930s.
• The founding location of Cardigan Mountain School
• The dormitory building for Canaan College, 1955 - 1973
• The home of New Canaan Academy - before 1976 through at least 1999 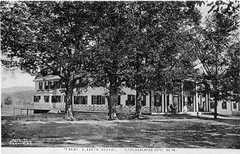 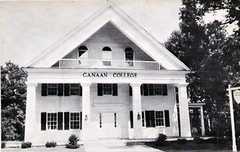 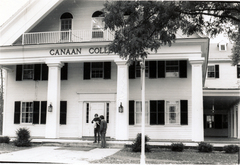 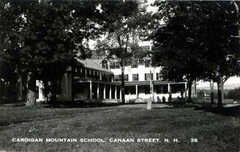 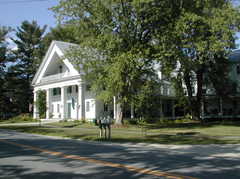