Glasgow has hosted the Tour of Britain on the last two occasions. The 2007 Tour finished on Glasgow Green with Paul Manning winning the days racing. The following year he won Olympic Gold in Beijing.
The subsequent sprint for second place exceeded the parks speed 10mph speed limit by at least 25 mph. 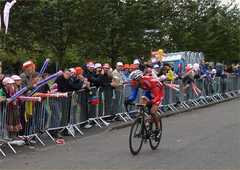 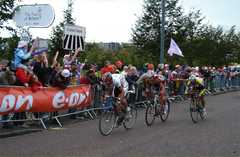