"I followed the river to the north over a new route that I discovered while out driving around the other day. There is a sidewalk and an alley that connects Hollywood on the east of I-275 to Hanlon on the west. The path goes under I-275 and along the river. I had been exploring the neighborhood off of Hanlon between Florida and the interstate. This area consists of a couple blocks of riverfront property that have been kind of forgotten due to their isolation and their former proximity to a large and severely neglected public housing project. This housing project has since been demolished and rebuilt as a much more attractive apartment complex, and I have a feeling that this area will not be forgotten for long."
excerpted from Weirdo The Dog Murderer 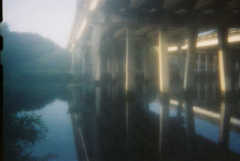 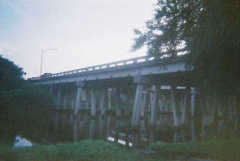