From: The South-East Asia Earthquake and Tsunami Blog

Boniyar (J & K), Oct. 8 (PTI): The Army has seized Uri and barred media from entering the town of Baramullah district in Jammu and Kashmir even as the injured were being evacuated hours after the 7-plus magnitude earthquake flattened it this morning.

Survivors of the giant quake said in this hamlet, 20 km from Uri, that the death toll was "much higher" and the entire town had been flattened.

They complained that the relief and rescue efforts had not come speedily and were not enough. 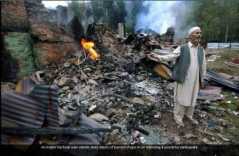 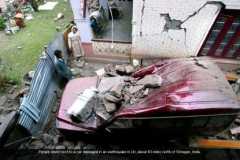