The Women's Monument in South Africa commemorates the women's march that took place in 1956. A petition was delivered to an absent government that day. In an act of justice, the poetic last lines of the petition have since been written in stone:

In the name of women of South Africa, we say to you, each one of us, African, European, Indian, Coloured, that we are opposed to the pass system.

We voters and voteless, call upon your Government not to issue passes to African women.

We shall not rest until ALL pass laws and all forms of permits restricting our freedom have been abolished.

We shall not rest until we have won for our children their fundamental rights of freedom, justice, and security. 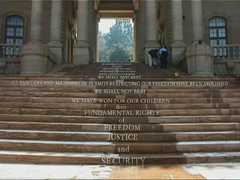 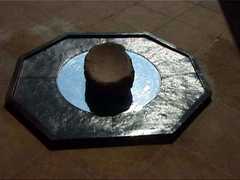