From 2002 to 2004, I lived here with Rochelle Renford, Chris Lunceford and Lee Devanas at different intervals. I lived in the 80ish-year-old run-down cottage in the back, what folks call "the Fairy Tale" house, a quaint Brothers Grimm-looking place with green shutters and a distinctive Mediterranean look. Others who have lived here include politician Kelly Benjamin, WMNFer Jessica Noel and Pagan Saints groupie extraordinaire Bobbi Nealy. The house was built on a lot with other houses and apartment buildings. It's said to have been built by the doctor who occupied the house in front, an underground abortion doctor, who had it built as a gift for his daughter. 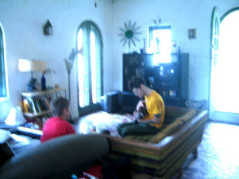 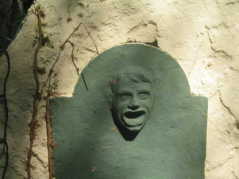 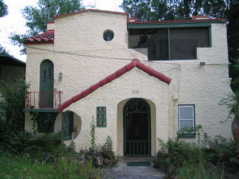 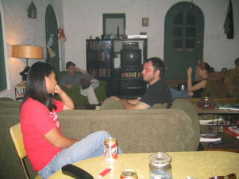 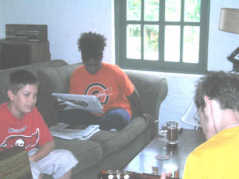