Thanks to Julian Connolly 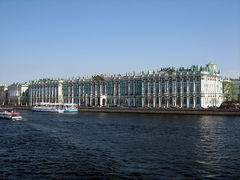 Raskolnikov looked at the palace from the Nikolaevsky Bridge.
(view on the map)
St. Isaac's Cathedral 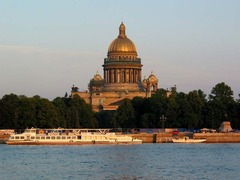