(view on the map)
Hill of Tara 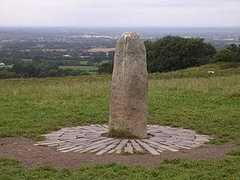 Where the Kings of Ireland were crowned in a fort on the Hill of Tara, County Meath.
(view on the map)
Enniskillen Castle 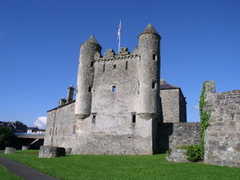 Built by Hugh Maguire prior to his death in 1428. On the River Erne in Enniskillen, County Fermanagh. In the 17th century, it became an English garrison fort and later served as part of a military barracks.
(view on the map)
Colchester
Where the Three Collas came from based on an article "The Origin of the Three Collas and the Fall of Emain," by Donald M. Schlegel in the 1998 Clogher Record. He says they were Trinovantes.
(view on the map)
Lisnaskea
Lisnaskea, Fermanagh, GB
Seat of the Senior branch of the Maguires after the year 1430. Part of the Barony of Clankelly, where the McDonnells were from.
(view on the map)
Lisnagore
, IE
The family of Eoghan MacMahon ruled Dartry from their fort at Lisnagore, near Clones. Livingstone describes these as the Dartry MacMahons.

(view on the map)
Monaghan
, IE
The descendents of Reamonn MacMahon ruled the northern part of MacMahon's Countrie, also known as the Lucht Tighe, from Monaghan. Livingstone calls them the Monaghan MacMahons.

(view on the map)
Lurgans
, IE
The descendents of Red Hugh MacMahon remained powerful in Farney, headquartered at Lurgans and then at Lisanisk, near Carrickmacross. These became known as the Farney MacMahons.

(view on the map)
Lisanisk
, IE
The descendents of Red Hugh MacMahon remained powerful in Farney, headquartered at Lurgans and then at Lisanisk, near Carrickmacross. These became known as the Farney MacMahons.

Where Jacobite forces lost a decisive battle to Williamite forces in July 1691. As a consequence Lieutenant Brian McDonald, a descendant of Colla Uais, emigrated to America. Over 7,000 people were killed.
(view on the map)
Dunluce Castle 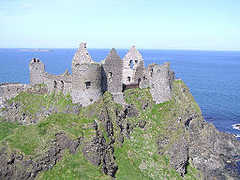 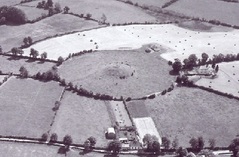 Prehistoric burial-cairn within circular enclosure at Cornashee, Co. Fermanagh, reputedly Sciath Gabhra,
inauguration-place of the Maguires.
(view on the map)
Belle Isle
Formerly belonged to the family of Mac Manus, and from them it received its old name, Ballymacmanus or Senat Macmanus. It is memorable as having been the residence of the great Irish scholar, Cahal Maguire, dean of Cloger in the 15th century, who compiled the "Annals of Ulster."
(view on the map)
Luib
Highland, GB
Where John MacArthur was from.
John was born about 1770 and is the ancestor of McArthur 245572.
(view on the map)
Mellifont Abbey 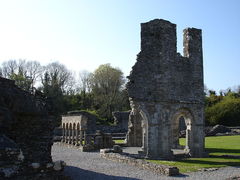 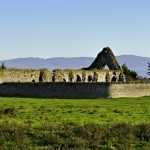 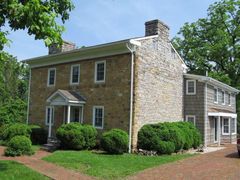